Last year, Mother’s Day I published my first blog. It was something I had wanted to do for some time, and with a prod and some technical assistance from my dear friend TOB, I was up and running.

And I was loving writing, reflecting and sharing my random musings. In fact, I made it a habit. Every Friday I posted. Some weeks I was sneaking it in at the buzzer, some weeks I had it written early and scheduled to go. But I did it religiously. Until I didn’t.

I can’t tell you exactly when I fell off of the blogger wagon, but I think I know why.

While I have never had a true theme – I was sensing a pattern. It was disappointment and struggle. At least that’s what it felt like to me. And, now that I think about it, it probably felt that way to others. At least one friend asked if I was okay, and people liked, commented and shared my posts less regularly. So, I found less reasons to write. Less inspiration. Perhaps I just felt a little less.

And, being the eternal optimist that I am, I guess I couldn’t bear the thought of putting anything out there that was less than fun. Or that felt “less than.” Hence, my absence.

But a few things have catapulted me back into the writing game. Well, at least long enough to share this post.

1) Mother’s Day. It reminded me of my little blog’s anniversary, and made me think about all of the above.

2) I got a J-O-B! I didn’t even know I wanted one until a few months ago. I have been #funemployed (well, self-employed) for the last 4 ½ years and loved every minute of it. Until I didn’t. Until I realized something was missing. Until I realized I wanted a new challenge. Until I had a run of unfortunate disappointments. And until I met some really cool people and found what feels like a really good fit… 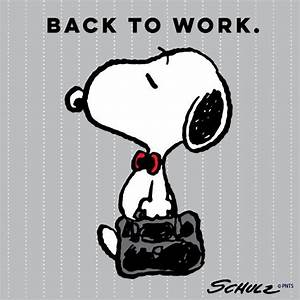 3) Visiting Jasmine and David. I’ve missed them. A lot. And being there for these last 6 days has filled my tank. (And my belly – damn the food in Austin is amazing. And the cocktails. BUT, I think we laughed enough that it may just have counted as exercise.) I feel good coming home to Batman and the gang, and we will undoubtedly be looking for an excuse to get back to be with those two hooligans again soon. And the dogs. And the donuts. And the BBQ.

And so, while it’s not Friday, and while it’s been awhile, here I am. In all my former glory? I guess we are about to find out.

You Heard the Lady,

View all posts by tracydelisle

Random Musings of a Classic Over-Thinker

DRESSED TO A T

A daily selection of the best content published on WordPress, collected for you by humans who love to read.

The best longform stories on the web

The Art and Craft of Blogging

The latest news on WordPress.com and the WordPress community.